Six of the Best Small Bars in Inner City Sydney 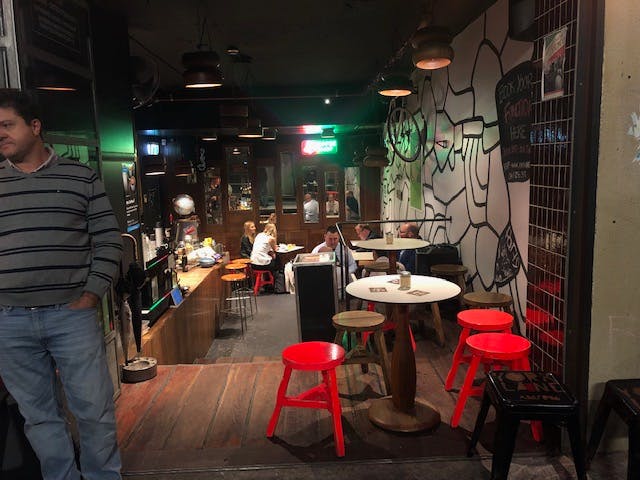 In case you haven’t heard, Sydney’s nightlife has certainly taken a beating over the last few years. A combination of lock-out laws, and the gradual colonisation of inner-city suburbs by property developers has meant we’ve really had to fight for our right to party. But the announcement last week that the State Government is about to overhaul the controversial lockout laws means we’re back baby. So while we can’t kick the party poopers out, we can encourage you to get to know Sydney’s nightlife a bit better. Here’s some of our favourite watering holes in the CBD, and surrounds. 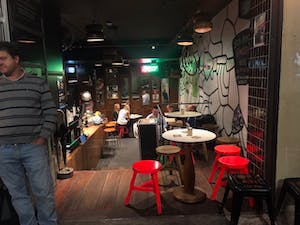 York Lane Bar is just one of those places you keep wanting to come back to. It’s small (only licenced for 30) but its location in a hip backstreet setting away from the city crowd is one of the reasons we love it. Owner Dieter has decked it out in an array of recycled bits and bobs like old salad bowls from the 1970’s, retired railway sleepers and even old wardrobe doors, so you can check yourself out full-length as you order your next beer. Just head to the laneway and look for the bicycle mounted on the outside wall. 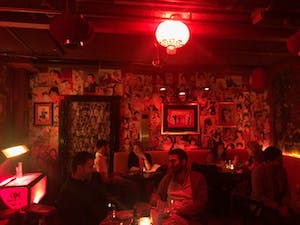 Ever wanted to know what a Chinese opium den from the 1920’s would have looked like? Head down to York Street and scour the street for a sign spray painted on the pavement that says Uncle Mings, and head down stairs to the dingy basement. Legend has it Uncle Ming was originally Shanghai policeman who began a life of crime and had to suddenly pack his bags and move to Australia. When the current owner heard about Ming’s escapades, he figured this would be a great theme for a bar. Note the toilets in which you can listen to a Mandarin lesson, and the Chinese movie stars from the ‘60’s on the wall. Uncle Ming’s specialises in Asian beers and oriental-style cocktails, and even has its own beer brand. They also have dumplings in case you’re feeling a bit peckish. 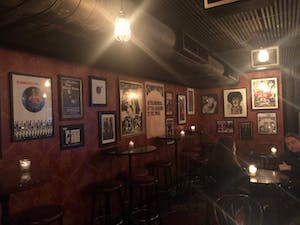 Another York Street fave is this early eighties-inspired bar with music posters adorning the walls and an actual vinyl record shop at the front that doubles as a bar on Friday nights. Looking for that rare Echo and the Bunnymen album from 1983? You might just find it here. Thursday nights also feature a real live musician (no they haven’t all migrated to Melbourne), and there’s a respectable selection of local craft beers to keep you refreshed as you reminisce over posters featuring bands from bygone days and begin your vinyl record odyssey. 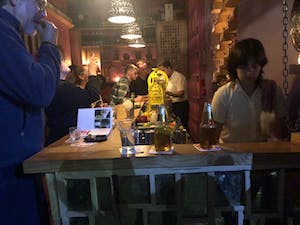 Opened in April 2019, and is the smallest small bar in Sydney. It’s teeny tiny, specialises in Mezcal and makes the best margaritas in Sydney, although their version of a Margarita is extra-dry and is a half tequila – half mezcal concoction mixed with lime and citrus oil. It also (according to Time Out) makes one of the best cocktails in the world. It’s the house special and it’s very special indeed. The really great thing about Cantina OK is the fact that everything in this bar has a story. The mezcal itself is brought over directly from Mexico, and there’s always an accompanying tale about where and from whom it was sourced. Even the ice machine can be traced back to his bartender mate’s trip to Nepal a few years back, and you can bet there’s a great yarn that goes with that too. It’s hard to fathom how they fit so much into what used to basically be a car park, but don’t overthink it. Just enjoy. 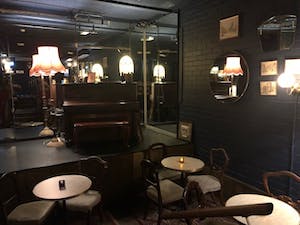 Kings Cross in the 1920’s and 30’s was a hotbed of intrigue. It’s the time when razor gangs terrorised each other in order to control the cocaine trade and sly grog shops abounded. One of its most famous residents was Dulcie Deamer, whose many manifestations such as actress, novelist and journalist earned her the title of Sydney’s Queen of Bohemia, and Dulcie’s is named after her. It also does its best to team with her theme with great features like oriental rugs, art deco furniture, and period pictures. The bar hosts burlesque shows, cabaret shows, and even tarot readings. In true night owl style, the shows start at 1am on Friday and Saturday nights. The cocktail list involves the Burn ’em Down Dawn, named after Dawn O’Donnell, a prominent supporter of Sydney’s LGBTQI community. It’s Starward Two-Fold whisky, lemon-myrtle liquor, and a dash of fig and cinnamon bitters. With so much going on, it’s a shining star in the gradually declining Darlinghurst Road.

Chances are you’ll probably go to the Bearded Tit because you’ve heard about the extra spicy Bloody Mary. But you’ll stay for the ambiance, colourful crowd, didgeridoo player, or even the menagerie in the bar’s taxidermy display. Unapologetically kitsch, The Bearded Tit probably has more character than just about any other bar in Sydney, and you can well imagine what the live shows are like. Think avant grade gallery meets cocktails and you get the idea.

Not sure where to start? Why not let us guide you through the back lanes and hidden gems of the CBD on our small bars tour?

You’ll get to see the best of what the CBD has to offer, and sample some local beers and some snacks, while our knowlegable local guide shares some local stories and highlights. It’s a great night out with couple of friends. Click here to book.